The Adventures of Carlos Caterpillar tells the story of Carlos, an ever-curious little caterpillar who often finds himself in one predicament or another. Helped by his Uncle Pedro, a butterfly with a lifetime of experience behind him, Carlos learns many lessons that will help him through is own little journey of life.. 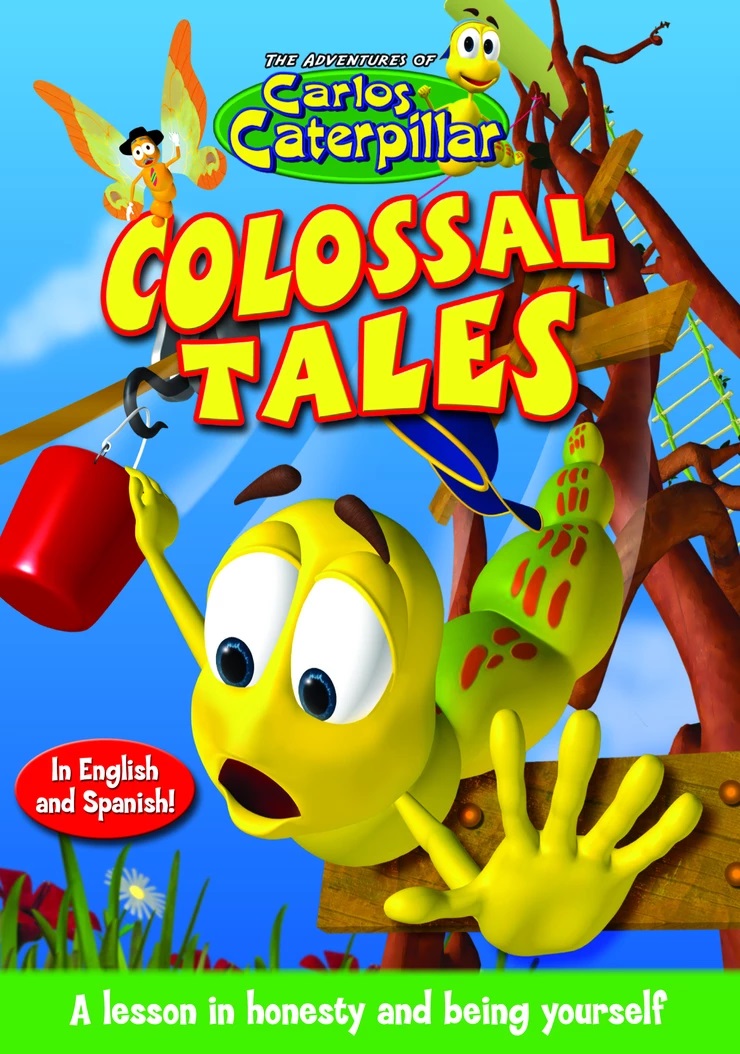 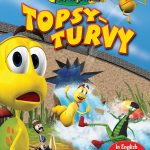 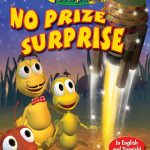 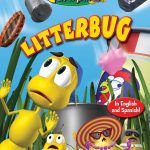 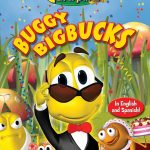 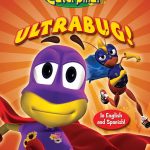 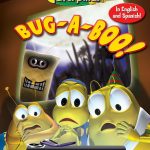 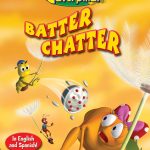 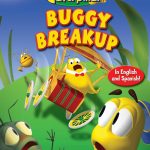 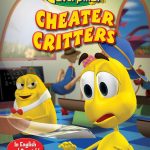 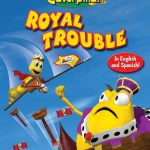 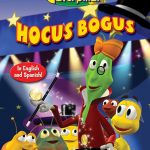 The Adventures of Carlos Caterpillar

Episode 1: A new student in town spells competitive trouble for Carlos and Sluggy and catapults our hero into a tangled web of deception and lies. The resulting inflation of egos leaves Carlos in a very, very uncomfortable position -- about six stories up in the air! This episode teaches children the dangers of stretching the truth even a little, as it can lead to a slippery slope of more lies. Children will learn the importance of avoiding negative comparison with others and the blessings of simply being themselves.

Episode 2:What right-minded caterpillar wouldn't want to squirm out of his chores only to do what he wanted to all day! In fact, this would make the perfect world!... Or would it? When all of the town's residents mysteriously slack off their responsibilities to pursue rap careers, professional leapfrogging and martial arts, Carlos alone is left to face a near disaster. This episode teaches children the good results of fulfilling responsibility and the consequences when we don't. They will also learn how to value their efforts and contributions.

Episode 3:Ah, money! What can't it buy? Carlos has a gleam in his eye for a cool gadget just like Sluggy's: an airborne intergalactic Bugopolisaucer with hurl hover capacity and accessory parts! So why does his dad put up a fuss when he asks for the money? A blunder of the mouth boomerangs back to Carlos knocking him for a loop and bringing him to his senses as to the real treasures he possesses. This episode teaches children to appreciate their blessings regardless of how much or how little they have.

Episode 4:While the rest of their schoolmates participate in cleaning their school grounds, Carlos and Antonio give everyone the slip and head out for a day of fun in the sun at the local beach. Little do they realize, however, that while they are away, their busy friends experience an earth-shattering event as giant-sized objects begin to pelt the town! This episode teaches children to care for their environment and surroundings.

Episode 5:When Carlos finds a lottery ticket and wins what he thinks is a large fortune, his life suddenly takes a new twist! Sluggy becomes his new best friend and teaches him the ropes of the rich life! All seems well until Carlos finds out that his winnings are not as much as he had expected and that being liked by others has little to do with money. This episode teaches children the true value of friendship.

Episode 6:The peaceful town of Mogan is disrupted by the sudden appearance of a costumed duo of super-heroes: Ultrabug and Wonderbug, his faithful helper! Unbeknown to these masked “heroes,” their well-intentioned capers result in a series of mishaps causing some of the town residents to set up a trap for their capture. This episode teaches the importance of being considerate and heroic in everyday situations.

Episode 7:Carlos and his friends are off to a weekend of fun on a school camping trip! But the outing takes a twist as a dare to watch a series of “scary movies” sets the imagination of the student bugs awhirl. Suddenly the fun adventure doesn’t seem so fun after all. Additionally, a plan by Sluggy to embarrass Carlos by showing him to be a “scaredy bug” backfires in a big way! Children will learn the importance of safe viewing in this hilarious new episode!

Episode 8:When a pie competition is announced, the bugs all get right to work, each hoping that they’ll be the one to bake the winning pie. When Carlos spies Lety meeting with the local chef, and suddenly Fleacia’s famous family pie recipe goes missing, he jumps to a far-fetched conclusion which spreads like wildfire. This episode teaches children the negative results of assuming the worst and the dangers of gossip.

Episode 9:﻿Things are going just peachy when all the bug students begin to work together on a school float to collect food for a charity event. However, everything starts to go awry when they lose sight of the goal and begin to compete against each other, thanks to Sluggy’s subtle pairing of each bug against the other. Meanwhile, he is secretly creating his own float, a tribute to his own greatness!. Children will learn the importance of teamwork and the rewards of making the effort to get along well with others.

Episode 10:Carlos would rather play computer games than study for his upcoming exams. He decides to follow Sluggy and cheat his way to good grades. When his deceit is exposed, he learns that dishonesty doesn't pay! This episode teaches about the negative consequences of cheating and the benefit of good study and honest work habits.

Episode 11:Carlos and Sluggy compete for the coveted role in the school play, turning a simple school play into an unexpected and comical royal feud. This episodes teaches true humility and doing your best to meet the needs of others.

Episode 12:﻿It's time for one of the most exciting events of the year: the State Fair! Though all the bugs are raring to go, they have one gigantic obstacle: no money! While some try to raise needed funds through a charity event, Sluggy sneaks off on his father's boat, only to make matters worse when he accidentally wrecks it. Carlos is also tempted to try dubious means to get the money he needs! Sluggy's and Carlos' sneaky ways result in a gamble that brings no winners! Your children will learn the importance of honest choices as well as the benefits of diligence and hard work in achieving lasting goals.