It was somewhere in the mid part of the 2000’s that animation producer, Robert Fernandez (https://torchlighters.org/) was contacted by a major Hollywood studio for a distribution deal. Robert was new to the business and desperately needed to consult with a lawyer. Having a mission background, he did what he had often done in the past—he prayed. His prayers and inquiries eventually led to a phone number of a prominent lawyer named Gordon Severance. Gordon has been Executive Producer on a film called “Candle in the Dark”, on the life of William Carey and it was hoped that he would understand the ins and outs of the film business. Robert explained to Gordon, a man he had never met, the need he had for legal advice on the distribution contract. Robert recalls, “I needed a lawyer, couldn’t pay much and was hoping for a Christian believer. Gordon listened, and as we continued to converse on the phone, a closeness developed. It became evident to me that Gordon was a special man. He loved God and had a passion for sharing the Gospel. He was thrilled with the things God was doing in my life, and he agreed to represent us. For weeks after that, Gordon joined my meetings with the Hollywood studio via speaker phone, and eventually a distribution agreement was reached.”

Robert and Gordon did not meet personally for months until one day when Gordon was passing through Los Angeles. The two met at a restaurant and continued to bond over their shared faith experiences. As they headed back to the car, Gordon pulled out a mandolin from his baggage and in joyfully sang a song right there in the parking lot! During the months and years that passed, they often spoke about the power of media. It was obvious from the leaps that technology was making and how more and more media was available to children, that audio-visual productions were starting to shape a new generation. Both Gordon and Robert had worked in missions and while they agreed that many physical needs were being met, they concluded more could be done to really shape the souls,minds, and character of vulnerable kids. 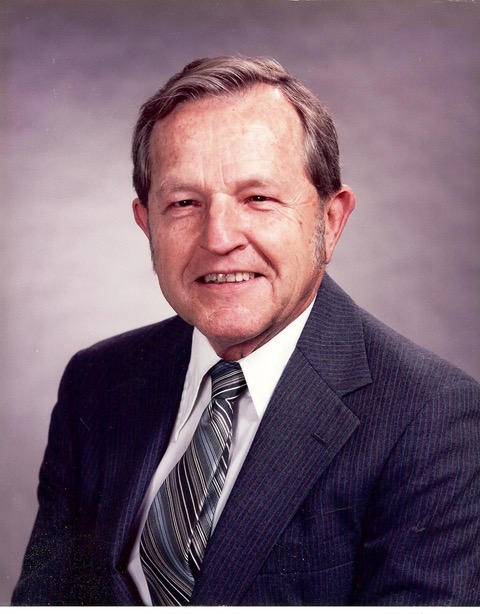 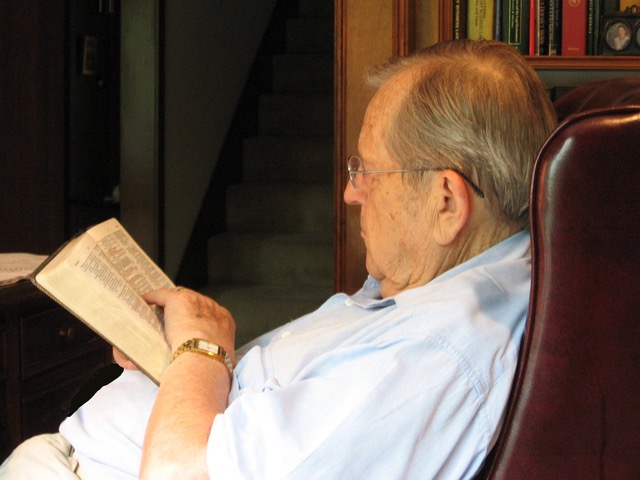 Gordon at home studying the Bible, one of his greatest joys

They each spoke to people of other organizations and came to the realization that media specifically for orphanages and institutions that helped children was not readily available. To meet that need, Media4Kids International was born.

Over the years the small organization partnered with Christian History Institute and Herald Entertainment, Inc. to create a library that provides children with beneficial media while making the job of a caretaker easier at the same time. The faces of gratitude in some of the photos provided in this site, attest to the gratitude foreach library and the power that positive media has in the lives of people. 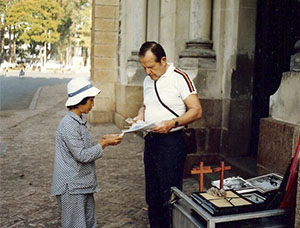 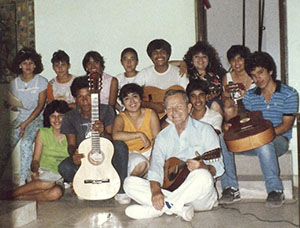 Gordon in Guymas, Mexico, where he organized a group of young people playing guitars, which he led while playing the mandolin 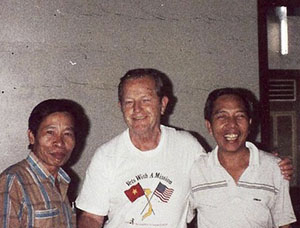 Gordon e, who helped found Vets with a Mission, with pastors in Vietnam 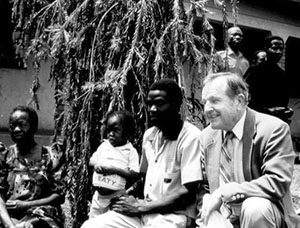 In 1990-1991, When teaching law on a Fulbright in Makerere University in Kampala, Uganda, Gordon Severance also founded a medical clinic in the Luwero Triangle, which he dedicated in honor of his missionary grandfather, Henry Perry.

Media 4 Kids International is not insensitive to the many physical needs that many of the organizations we donate to have. The needs of many of these institutions and the children they care for is truly great, and the members of M4Ki work with or donate to many said organizations. While physical needs are real and must be met, the reason for creating M4Ki may best be reflected in the following story, which tells of its inception.